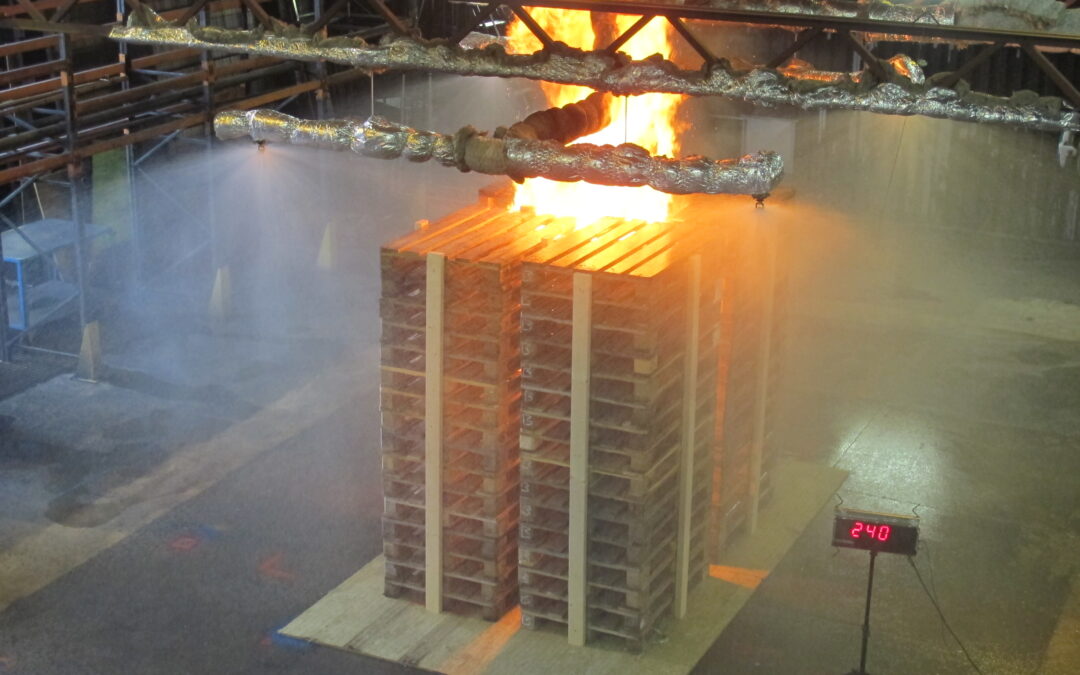 A series of fire tests were conducted under LASH FIRE’s WP10 from the end of March to beginning of April 2020 at the RISE fire test laboratory in Borås, Sweden.

The objective of the tests was to compare the fire suppressibility of two commonly used fire test commodities, the EUR Std plastic commodity and stacks of idle wood pallets. The fire suppression tests were conducted using open, commercial medium-velocity water spray nozzles discharging three different water discharge densities. Therefore, the tests do also indicate the actual fire suppression performance on a realistic fire that is fully exposed to water discharge. During the tests, the heat release rate was measured.

Both type of commodities can be regarded established and generally accepted for fire testing of sprinkler and water mist fire protection systems. Wood pallets are, however, more easily available as they can be purchased from many different suppliers and likely from the actual country where fire testing is made.

The conclusion of this comparison is that the severity and suppressibility of the two different commodities are similar, at least for the storage heights used. It is therefore recommended that stacks of idle wood pallets to a height of at least 2,3 m is used to simulate a fire in in the cargo of a freight truck or a semi-trailer. Upcoming fire tests will measure the performance of a Compressed Air Foam System (CAFS) using these fire test scenarios.