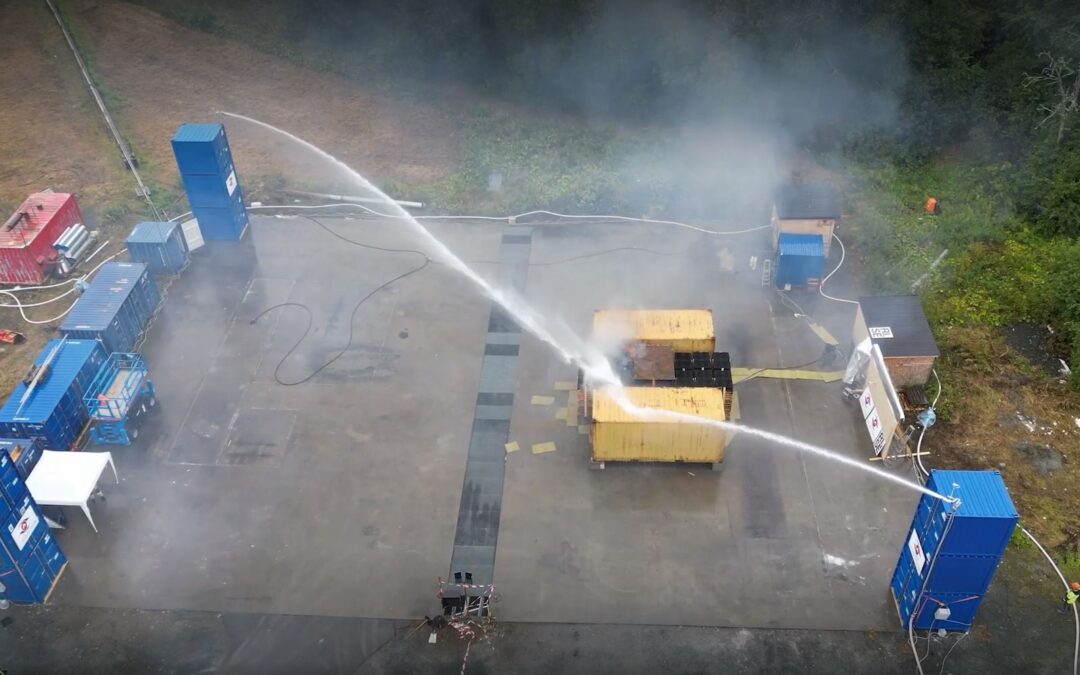 Large-scale fire monitor tests were conducted, simulating a fire in a freight truck trailer when transported on a weather decks. The fire test scenario consisted of an array with 192 idle wood pallets and 32 plastic pallets.

The array of pallets was partly shielded by a roof and surrounded by 20 ft. cargo containers.

A number of system parameters were varied during the tests: the agent used (water only or Compressed Air Foam), the number of fire monitors (one or two) and their position and the delay time to discharge (‘early’ or ‘delayed’).

The early discharge simulated the operation of an autonomous fire monitor system, that automatically detects a fire and directs the agent towards the fire.

The delayed discharge simulated a remotely‑controlled fire monitor system, where the time to fire awareness and system operation is longer.

The tests with water proved rapid fire suppression using two fire monitors, independent of their position. Fire suppression performance was satisfactory using one single fire monitor, which ensures a built-in safety factor with a system design that incorporates fire monitors that can reach any point of a weather deck.

If a fire is suppressed or controlled by a fire monitor system, the risk for a fire that involves multiple trailers is reduced which gives time to coordinate manual fire-fighting operation.